Paysage Métallique, circa 1982, pen and watercolor 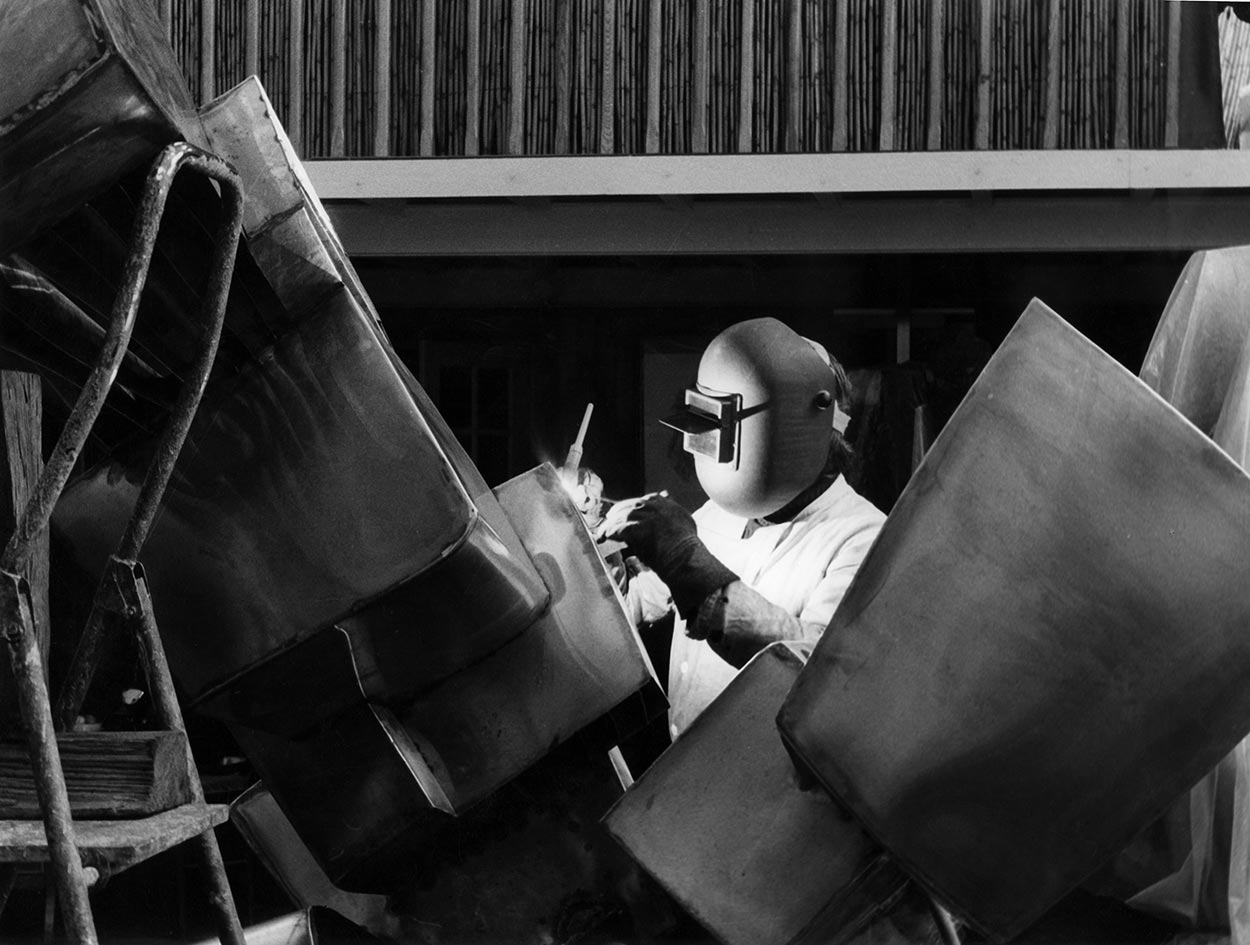 Dietrich-Mohr was born on June 20, 1924 in Düsseldorf, Germany

He studied at the Schools of Decorative Arts in Krefeld and Basel and at the School of Fine Arts in Karlsruhe where he learned modeling and direct carving on wood and stone.

He arrived in Paris in 1951 where until 1953 he continued his studies  at the « Academie de la Grande-Chaumière » in Ossip Zadkine’s studio.

In 1954, he found his first studio in the « Cité Falguière » where he worked wood, stone, terracotta and his first metal sculptures as of 1959.

He set up a second studio in the region Loir-et-Cher in 1978  where he executed many monumental sculptures.

He received the « Medal des Arts de Academie d’Architecture de Paris » in 2003 for the entirety of his work..

This Website is a meeting with a “charmer of metal”

« Cor-ten”, he said, “is a mysterious metal …”Dietrich-Mohr, steel blue eyes, stainless steel speech, knows mysteries …In the midst of his works: “The process of creation is not always very conscious. I do not know what my sculptures say about me.” In any case, they talk. …)

“Of itself, iron attracts his man,” wrote Homer. Of themselves, metals attracted theirs: Dietrich-Mohr

Work of the Artist